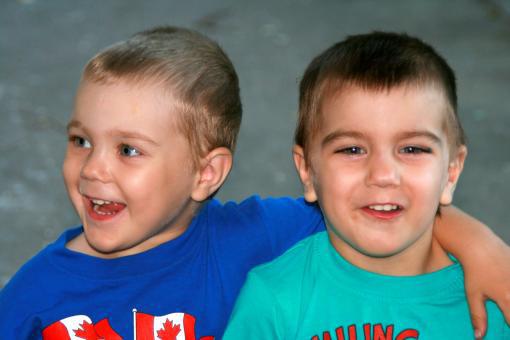 If you’ve volunteered with Family Promise of Bergen County, or worked with needy people, you might eventually come to wonder two things. One is “What became of those folks?’’ A second is “Did I help them?”

Phyllis Roth had those questions. And recently, she got answers.

About 25 years ago, Phyllis was one of the first volunteers with the Interreligious Fellowship for the Homeless, the organization from which Family Promise would emerge at the beginning of this decade. She was also the only lay person on the IRF board.

One of the first families the IRF assisted consisted of a woman with two sons, aged 7 and 4. She was brilliant but suffered from mental illness, and the family became homeless. The IFH placed them in a house for a year, after which they moved into an apartment in Hackensack.

For one summer Phyllis cared for the boys while their mother worked, trained for work or looked for work. Her husband Martin taught the boys chess and cube roots; she taught them stickball, a sport that Phyllis – a fine athlete as a girl, she says — mastered on the streets of Brooklyn growing up in the 1940s.

Their relationship continued for several years. Phyllis enjoyed the boys, and grew to love them.
Then, disaster. One night the mother, in the throes of a paranoid delusion, became convinced the family was being pursued, and should jump out the window of their second-story apartment.

The boys did not jump, but their mother did, breaking both arms. Child protection authorities placed the boys with their respective fathers, who lived out of state. It virtually ended Phyllis’ contact with them (although she did receive an invitation, which she was unable to accept, to the older boy’s college graduation and wedding).

Then, this winter, she got an email from the younger boy. He said that, like his older brother, he’d graduated from college, gotten married, started a family and had a good job and a nice home.

That was all good news, but what Phyllis says “blew me away’’ was what this young man had to say about her and Martin. “He wrote, ‘You were the calm in the storm of our life.’ He said he loved and respected us, and that he had healed’’ from those early traumas.
“I was stunned to hear from him,’’ she says. And from that, she drew this conclusion: Even if you can’t see it at the time, there’s a chance you’ve changed the life of anyone you’ve ever helped.

“If you change the life of one person for the better, you have then ultimately changed the world,’’ she says. “I say this because today the boys are themselves parents of five children who are growing up in fine families, touched by love, and appreciated.’’