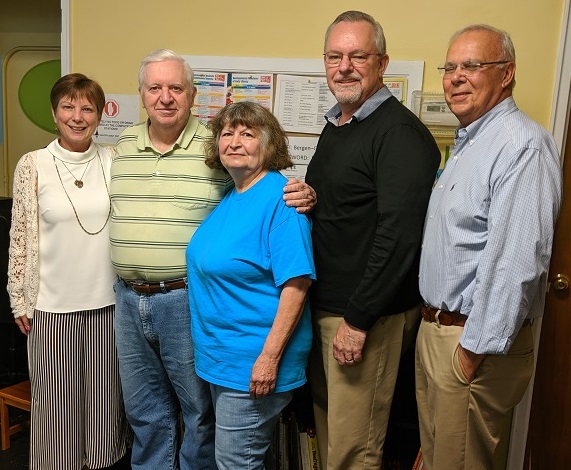 A couple weeks ago Harry Ferguson, a long-time volunteer and supporter of Family Promise, told Kate and me that he wanted to introduce us to some friends of his who might be interested in financially supporting our organization.

Last week, we met with Harry and his friends, Bob and Maria Sees.  They told us about Father Thaddeus Gintzeng Lee, a Catholic priest who served in China and Spain, and who then ultimately moved to serve large Spanish-speaking congregations in Paterson and Passaic.  Over the years, he became close friends of Bob and Maria.

When he died, Father Lee entrusted his assets to Bob and Maria to distribute to charities they believed would best honor Father Lee and all that he had done in his life to support so many people and organizations.

They told us of many of the ways Father Lee’s funds have been used:  to help rebuild a church;  to install a well in Africa;  to support St. Jude’s Children’s and Shriners hospitals; to fund programs to assist veterans;  and to support dozens of other organizations.

Then they asked to learn more about Family Promise.  Their eyes and smiles showed their excitement as they heard us tell how we support working families with children who have become homeless.  We told them stories of the lives that have been changed because of the generosity of so many through the gifts of their time, talent and treasure.  And they knew that Father Lee would agree with their decision to fund Family Promise with a gift of $40,000.

When we expressed our heartfelt thanks to them, they replied, “It was our honor to meet you and hear the great work you are doing.  Thank you for allowing us to help even in a small way.”

Last week, Family Promise was blessed by Father Lee, Bob and Maria, and Harry.  In turn, all of our families have been blessed as well.