Introducing one of our Newest Board Members 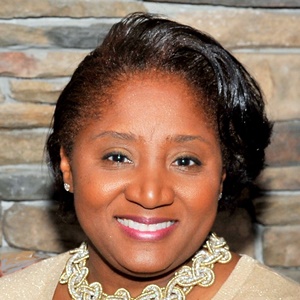 Donnett Verley is one of our newest board members. She had heard wonderful things about the work of Family Promise of Bergen County. And when she checked it out herself, she found it was all true.

The FP mission, she says, “is really the heart of everything – be good to your neighbor.’’

Donnett liked the mission so much that she joined the FPBC board last year.

She’d been introduced to the non-profit by Jane He, who was then its director of development. When Donnett attended the organization’s annual Gala, she was riveted by a talk by a woman whose homeless family had been sheltered and nurtured by the program. It helped her to understand what Jane was talking about.

“You hear people’s stories and you realize, ‘That could be anyone,’’’ she says. Given the right circumstances – or rather the wrong ones — “anyone could be homeless.’’

The mother’s story “broke my heart,’’ she recalls. “To think of single mothers with little kids, and doors weren’t being opened for them. So I thought, ‘That’s something I want to be part of.’’’

She’s particularly attracted to the fact that Family Promise doesn’t merely shelter and feed the homeless, but helps family heads to develop the financial and other skills for self-sufficiency. It reminds her of the old plea: Give me some corn and I’ll eat it. Teach me to farm and I’ll raise my own.

Donnett was born in Jamaica, and as a child moved with her family to Westchester County. She settled in Bergen County in 1999, and lives in River Vale with her husband and their 8-year-old twins. She works for PSE&G as a liaison to local and county governments. She describes it as a busy job – especially during and after storms and other natural disasters.

She’s joined the board during a capital campaign to create a Family Promise Center that would provide shelter and support services for homeless working families with children, and serve as the non-profit’s headquarters. The center would replace the network of dozens of churches and synagogues around the county that sheltered families on a weekly rotating basis for a decade until the pandemic forced its closure.

“It’s a wonderful idea, to have the administrative offices close to where we’re serving our clients,’’ she says. “It will be a safe space, with families living near the team that is caring for them.’’