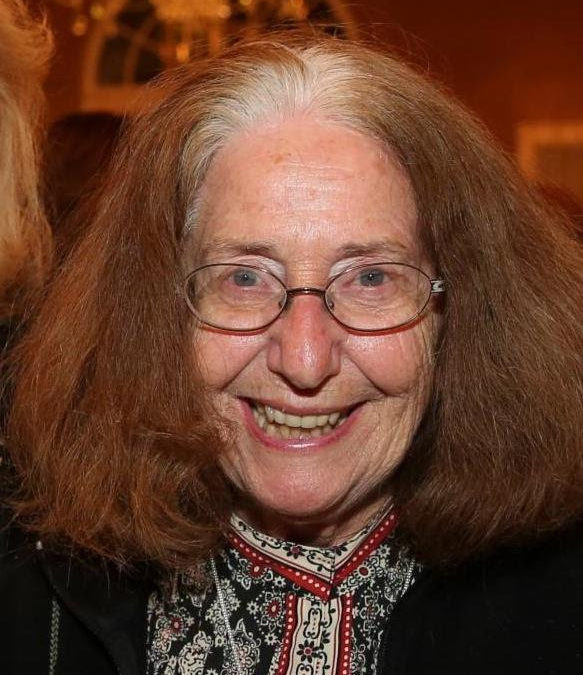 When Janet Beddoe thinks about volunteering with Family Promise, she remembers not so much the challenges, but what she calls the blessings: an unexpected hug from a depressed mother; holding a baby at dawn as a mother rouses her other children; a father shoveling her car out the morning after a storm; seeing her own granddaughter join in the guests’ kid games; a guest asking for a dictionary to help another guest write her resume.

The same man gave Janet a Scrabble player’s most precious gift – a list of Q words spelled without a U, such as qoph.

Janet is stepping down from the Family Promise board (but not from volunteering with FP) after many years of constant and loving service to the homeless among us.

She started almost 20 years ago working with the Interreligious Fellowship for the Homeless (from which Family Promise evolved) with others from her church, St Luke’s Episcopal in Haworth. She helped coordinate St. Luke’s participation in what was known as the Overflow Shelter Program, which accommodated homeless people one Sunday night for a month in the parish hall. She often slept over herself. “I was working in New York at the time, and it was exhausting working the next day,’’ she recalls. “But the experience gave me a sense of balance — the contrast was extreme between the homeless and the successful corporate employees.’’

When she retired in 2001, she became the volunteer coordinator of the entire Overflow Shelter Program. Sometimes there were last minute glitches – a congregation unable to take a day or provide overnight volunteers – and she wound up sleeping (or trying to sleep) in a variety of churches and temples around Bergen County. “I loved this work,’’ she says, “meeting so many different warm-hearted volunteers and gutsy guests.’’ She later joined the IRF board.

When the IRF became Family Promise, she coordinated St. Luke’s support of congregations that hosted homeless families for a week, and the parish’s participation in FP’s Walk In Dinner Program at the county shelter. She joined the FP board, and watched its network grow and its mission broaden to not merely keeping working families together, but to helping them escape homelessness for good.

Now, she’s stepping down from the FP board, but continues to coordinate St. Luke’s participation. She was asked to reflect on her years of service.

“I don’t know if I’ve accomplished anything, but I have certainly learned a lot, and received many blessings,’’ she wrote. “I’ve had confirmed Anne Frank’s assertion that people are basically good at heart.’’ She’s thinking of the volunteers who say “Of course we can,’’ when asked to jump into an emergency situation, and of the guests, “who are often in very dark places in their personal lives, but struggle to do the right thing for their children as they try bravely to adapt to a difficult situation.’’

Janet was born in the United Kingdom in 1934, a subject of George V. She taught theater in London before moving to New York in 1967. After teaching drama in this country for several years she married, settled in Cresskill, and began a series of administrative positions for AT&T and its successor companies. She retired in 2001.

Today, she’s a widow with two daughters and three grandchildren. She works seasonally as docent for a living history museum across the Hudson in Sleepy Hollow. Her passion for theater endures; with her friend Roberta Nobleman, she develops and performs two-woman dramatic reflections on lives of women of faith.

So Janet has all that going for her, plus qoph – the 19th letter of the Hebrew alphabet.