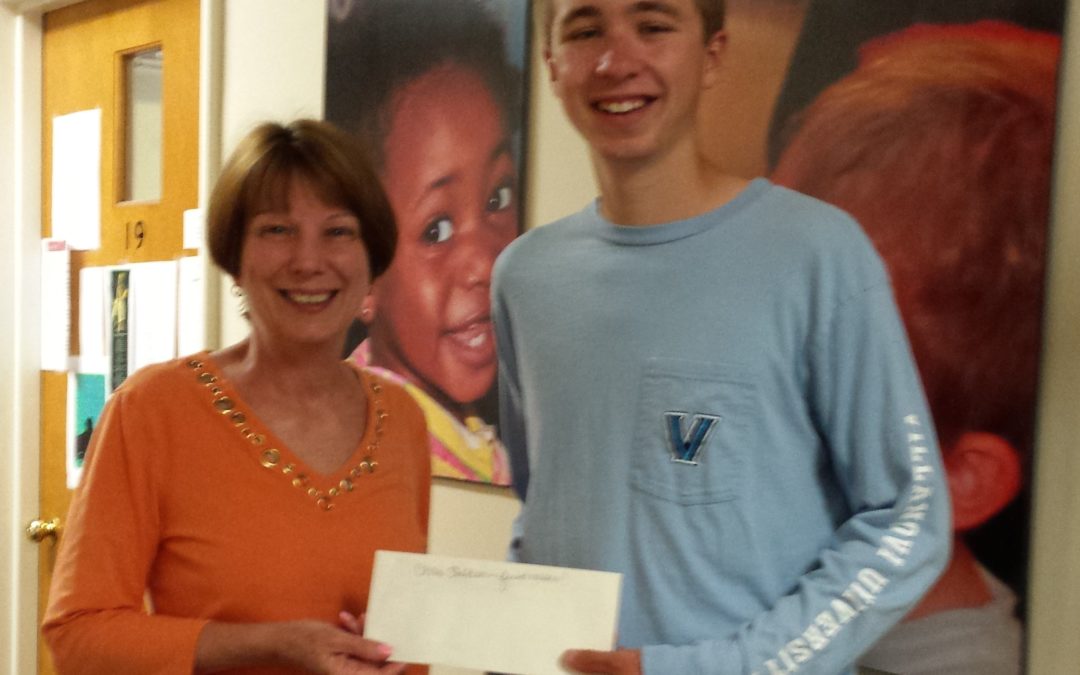 Every year since he entered high school, Chris Sheldon wanted to volunteer at Camp Lots-of-Fun. Unfortunately, summer practices for the track team prevented him from participating. This year, before heading off to his freshman year at Villanova University, he decided to do a fundraiser for the program he admired so much. Actually, he did several fundraisers. First, he approached the owner of Jalapeño’s Mexican Restaurant in Glen Rock and convinced them to donate 10% of the proceeds. Then he asked friends from Bergen Catholic High School and fellow parishioners from Mount Carmel Church in Ridgewood. All total he collected $3,875.00!!! Chris’ efforts prove once again that everyone, young and old, can make a difference in the lives of homeless families.