Meet a True Friend to Those in Need 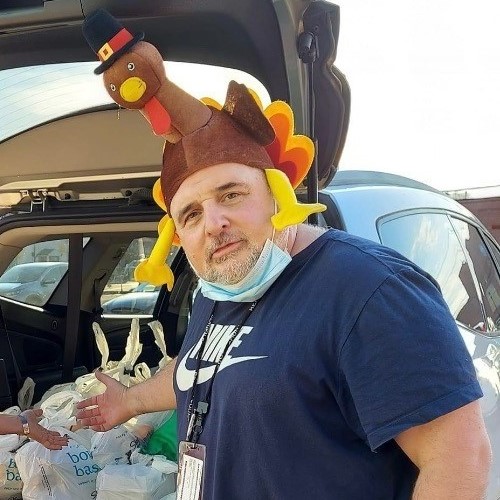 Maybe you’re still recovering from the challenge of feeding a dozen people at Thanksgiving. If so, consider Tommy Mergola, who fed more than 400.

That was nothing new. For 26 years, Tommy has coordinated – although that may be too mild a term for his leadership style – Thanksgiving dinner in Hackensack for Family Promise of Bergen County and its predecessor, the Interreligious Fellowship for the Homeless.

And this year he also supervised – again, maybe too weak a word – Family Promise’s Christmas dinner for the hungry at the county homeless shelter, as well as a related dinner across town at Christ Episcopal Church.

Tommy’s connection with what became Family Promise began in 1994, when he showed up to volunteer at the Thanksgiving dinner in Hackensack.

Tommy, a former Army officer and head altar boy who likes structure, found chaos. “There were 20 people in the kitchen, arguing,’’ he recalls. “I went and hung out with the people in the dining room.’’

The following year, he and another volunteer, Kate Duggan, were asked to run the kitchen. The year after that, they ran the entire dinner.

The dinner evolved into something more than a dinner. “it’s a community event,’’ he says, one that now includes a food drive for the Center for Food Action in Hackensack. This year the appeal produced 203 turkeys, 12 spiral hams, 68 canned hams and more than 1,800 cans and boxes of non-perishable food items.

When the county Housing, Health, and Human Services building opened 13 years ago, that became the dinner’s primary base of operations.

Tommy, who is 56, begins to plan the Thanksgiving meal and line up donations in August because “I don’t like surprises.’’ There are usually three meetings for volunteers. Veterans must attend at least one meeting, rookies two.

“Some people come and realize it’s not for them,’’ he explains. “They just want to come for two hours and serve food on a plate. That’s not us.’’

Planning has become even more essential, because COVID rules restrict the number of workers in the shelter kitchen to 12.

“I can’t just have a plan. I have to have a Plan B, a Plan C and a Plan D. What if someone doesn’t show up with the food? I don’t like to run out of food.

If he can occasionally come across as a taskmaster, he says, that is not his intent; he sees himself as a collaborator, working with others to help those he calls “our brothers and sisters in need.’’

He might not mention that he also was instrumental in connecting Family Promise in 2020 with World Central Kitchen, the non-profit founded by celebrity chef Jose Andres.

Tommy says he’d heard of WCK’s disaster relief work, and reached out to the organization. When an executive expressed interest in hearing more about the situation in Bergen County, Tommy passed word to Family Promise’s president, Paul Shackford, and its executive director – his old kitchen comrade, Kate Duggan.

That connection yielded a collaboration that distributed 46,000 meals purchased from local restaurants and 68 tons of produce from farms in the region.

“Whether he is coordinating Thanksgiving Dinner, playing Santa at the Christmas party for homeless families sheltered by Family Promise, being a Team Leader at the Walk-in Dinner, running food drives, or making connections for Family Promise, Tommy is all in or nothing!” says Kate.

It’s not all business. Every Thanksgiving, even though the turkey hat a friend gave him years ago is uncomfortable and ridiculous looking, Tommy always wears it on the big day. “People expect it,’’ he shrugs.

We offer our gratitude to Tommy Mergola for his many years of service to Family Promise and to the community. With compassion and an open heart, he has, year after year, brightened the holidays for countless homeless and hungry people and is a true friend to those in need. 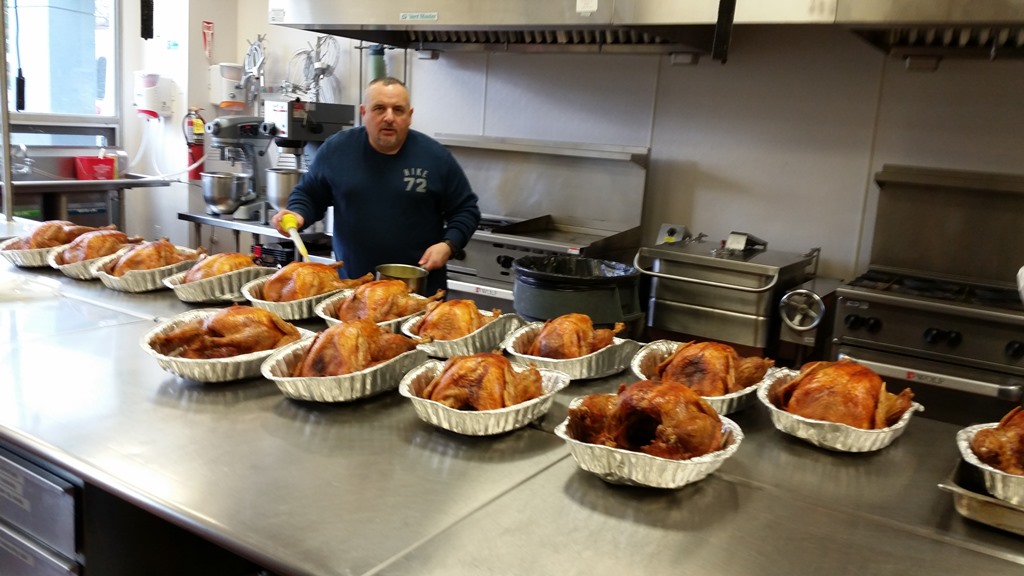