The Myth of Declining Homelessness 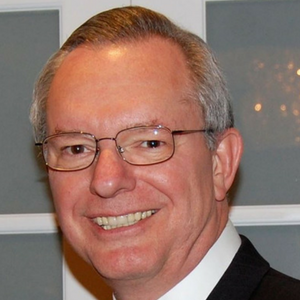 In my last letter, I talked about The Myth of Affordable Housing.  It is even more of a myth today, just four months later . . . the cost of housing in the US increased nearly 19% in 2021 over the prior year, sending the cost of rentals even higher.

Another myth . . . that homelessness is declining.  According to experts in this area, the issue of homelessness is definitely not going down – but you need to listen to the right people.  What gets confusing is that two federal agencies define “homelessness” very differently, leading to vastly different conclusions.

The federal Housing and Urban Development (HUD) considers one to be homeless if they are literally in a shelter, living in their cars, or in other places considered unfit for living (for example, living in a park or under a bridge).  Sounds reasonable – I think we can all agree that people in those situations should be considered homeless.

But are there living situations where other people should be considered homeless?  Well, the federal Department of Education thinks so, as they consider individuals and families who live “doubled up” with another family to also be homeless.  Why?  Because studies have found that children under the age of 18 who live in such situations suffer from drug and sexual abuse, lower levels of education, poorer levels of health, and lower success in education at rates that are the same as for children literally living in shelters.

You could say, “Well, at least they have shelter,” and you would be right.  Shelter comes first.  But if you and your three children were forced to live with another family of four or five people – in an apartment designed for that one family – you would no longer have the ability to control the environment for your family.  Your children could be sleeping on a couch, with the TV on, depriving them of quiet time to study or sleep.  Remember, the apartment was big enough for one family, not two, and there is no place to go for quiet.

So, the DOE quite correctly counts individuals and families living in doubled-up situations as homeless, as well as those living in cars or shelters.

But HUD (which controls most funding for addressing homelessness) has the loudest voice, and that is the voice we all hear in newspapers and on TV.  It is time to use real definitions and to use real numbers if we are ever going to address the issue of homelessness.

One more confusing issue – the impact of the pandemic life on those who might otherwise be homeless.  The government has invested a lot of money these past two years to prevent evictions.  Those funds will go away, however, and what is going to happen?  People will be unable to pay their rents and will ultimately be evicted.  So, the numbers that are now artificially lower will instead increase again.

Homelessness is complex.  Pretending it is going down doesn’t fix the issue.  It simply masks it.

Paul R. Shackford
President of the Board of Trustees