Welcome to the family, Amy 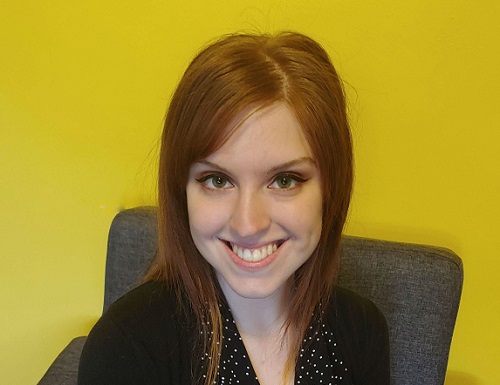 Amy Ebeling, the new staff associate for development at Family Promise of Bergen County, says she was attracted to FP for a simple reason: She wants to help people.

That was fine as far as it went. But, she found, “I wanted to do something that was actually helping people.”

She learned about Family Promise through an aunt whose church worked with FP, and immediately liked its mission. Homelessness in Bergen County, one of the most affluent areas in the nation, “doesn’t always have a lot of light shown on it,” she says.

Amy’s a big believer in the power of social media (Facebook, Twitter, etc.) to convey FP’s message, and she brings a relevant set of digital and graphic skills to her new job. “Especially now with COVID-19, people are trying to find more ways than ever to connect,” she says. “And social media reaches a whole other younger audience. It gives us a broader reach.”

Amy works with Director of Development Jane He, who hired Amy during the pandemic after two face-to-face meetings. Training has been via Zoom.

Jane says that with two full-time development staffers, FP will be in a position to serve more people, especially as it moves toward a “static site” facility to shelter homeless families that currently rotate through congregations in the FP network.

Last week Amy visited the county social services center in Hackensack to get a look at the vast, virus-mandated changes in FP’s nightly Walk-In Dinner program. “She’s jumping in with both feet,” Jane says.