Winnie Derfus—farewell to a volunteer extraordinaire 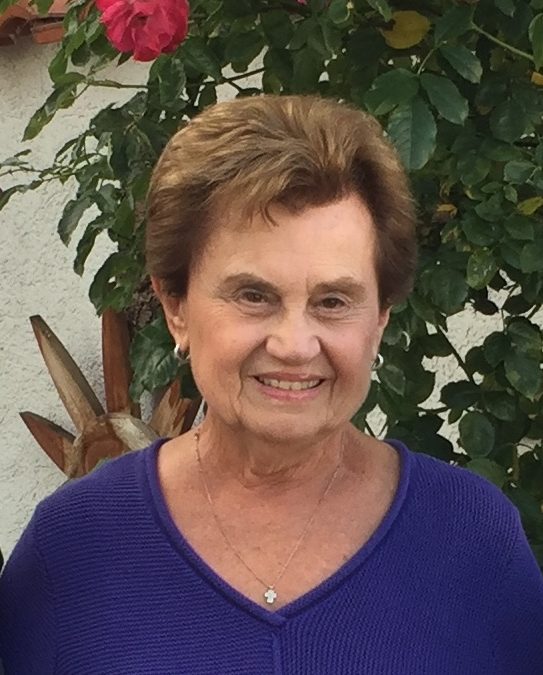 Monday mornings at Family Promise are about to change.  This May, we’ll say goodbye to Winnie Derfus, longtime office volunteer and weekend scheduler, who is retiring after countless years of service to Family Promise and previously the IRF.  “Service to others has always been prominent in my life, says Winnie, but it’s time to move on.”

Volunteerism was instilled at an early age and has been a family affair for her, her three children, and her six grandchildren – of whom she is so proud.  Winnie raised her family in Fort Lee and moved to Demarest in 1988.  She first became involved with the IRF through the Social Concerns Committee of her church, St. Therese in Cresskill.  She remembers helping at the Walk-In Dinner on Orchard Street back in 1995 and later bringing pots of soup, prepared with her grandchildren, to the homeless being sheltered at Peter’s Place.  From there, Winnie began volunteering at the St. Cecilia’s Family Shelter, cooking for families with other members of her church.

Formerly employed as a Personnel Specialist, Winnie also worked with children with special needs.  Her focus has always been children and families so, when she found herself widowed at 52, first UNICEF and then Family Promise proved to be a good outlet and a perfect fit.  “I needed to find something meaningful”, she says.  She eventually joined the volunteer office staff in Teaneck and never looked back, taking on various responsibilities along the way.  Winnie remembers it was Nancy Woods who first suggested she take on the daunting task of scheduling the weekend volunteers which she has continued to this day.  She is in the Ridgewood office every Monday morning to greet the staff, handle the phones, and secure the necessary volunteer coverage for the upcoming weekend.

According to Margo Heller, Director of Volunteers, “Winnie has been an invaluable asset to me personally and to the organization.  She approaches her job seriously and with an exceptional level of commitment and dedication.  She is kind, caring, and a joy to be around and we will all miss her terribly”.

With her 80th birthday approaching later this year, everyone at Family Promise extends profound gratitude to Winnie Derfus for her contributions to Family Promise through the years.  And much love and best wishes for the next chapter.
THANK YOU, WINNIE!