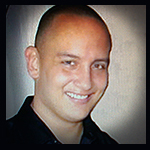 The Family Promise Hike For Hope is in honor of our dear friend Adam Rosignolo who, as a young child, wondered how anyone could be homeless. But he didn’t stop there; Adam also acted. He spearheaded the efforts of St. Mark’s Episcopal Church in Teaneck to help the homeless of Bergen County.

At age 14, he led a team from St. Mark’s in our cycling fundraising event, then known as Bike Bergen, recruiting riders and soliciting pledges. His passionate appeals to his congregation made the event one of our most successful ever. For many years, Adam continued promoting the event which later became known as the Hike or Bike.  Adam also volunteered as an overnight host when St. Mark’s hosted the homeless men and women in the Overflow Shelter Program. He also cooked and served meals at the Walk-In Dinner Program.

Adam’s sense of responsibility for those less fortunate than he continued into adulthood. He volunteered with his fraternity and dreamed of joining the Marines. Unfortunately, Adam’s dream was not to be. His history of allergies and asthma made him ineligible. He was still figuring his next steps when tragically, Adam died in 2013 at the all too young age of 25.

In 2015, Adam’s parents, Steve and Beverly Rosignolo, who are passionate about helping homeless families get the training and jobs they need, created the Adam Rosignolo Family Success Fund to honor their beautiful son.